Obviously AI is a No-Code Machine Learning tool that enables any business user to use their historical data on customers, products, etc. to *predict* something off of it, without writing code or having any background in data science. While most AI / AutoML tools are built for a technical audience in enterprise, Obviously AI brings in a beautiful fresh perspective to AI for non-technical business users at SMBs and small teams at large organizations. 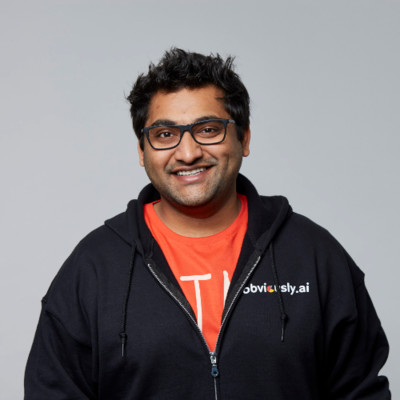 Growing up I developed a passion for programming when I got my first computer early in life. I went on to create over 200+ apps which ended up gaining a traction of 1 million downloads. After high school, I spent time building my first profitable business - CircuiTricks and went on to pursue Entrepreneurship from MIT, Boston and Computer Science from Hampshire College, Amherst. I also founded one of US's first interdisciplinary Hackathon called Hamp Hack with partners like Google, Viacom and Star Trek. Today I work at the intersection of Data Science and Human Computer Interaction, building Obviously AI - the fastest and easiest tool to build AI models in minutes, without writing code. I'm also a Forbes Council member, a published author on Forbes and a Berkeley Skydeck alumni.