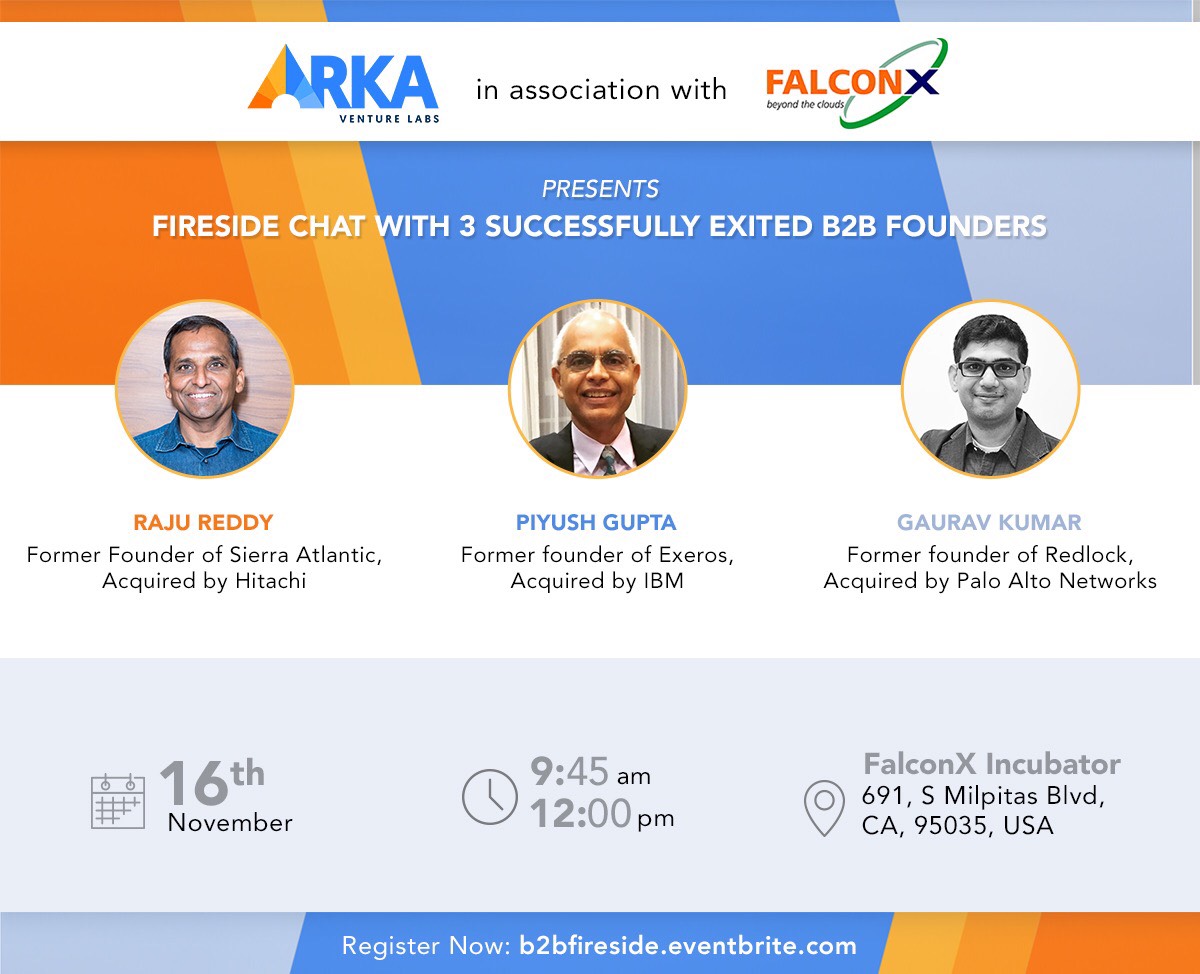 Arka Venture Labs in association with FalconX: Incubator and Accelerator presented fire side chats with 3 successfully exited B2B Founders in November at  FalconX, Milpitas, San Fransisco. Startups had an opportunity to learn from Raju Reddy, Piyush Gupta and Gaurav Kumar, the essentials of a successful B2B startup, what made them successful, what are the dos and donts while scaling a startup. Raju Reddy is former founder of Sierra Atlantic, which got acquired by Hitatchi. He is also on board of several companies like Grey Orange, Belong, Rand Corp Center, Seclore. Piyush Gupta is former founder of Exeros, which got acquired by IBM. He is also on board of several companies like Waterline, iNDx Lifecare, LinguaNext. Gaurav Kumar is former founder of Redlock which got recently acquired by Palo Alto Network. He also co-founded CloudUp Networks which was acquired by CipherCloud. The event was followed by a lunch.